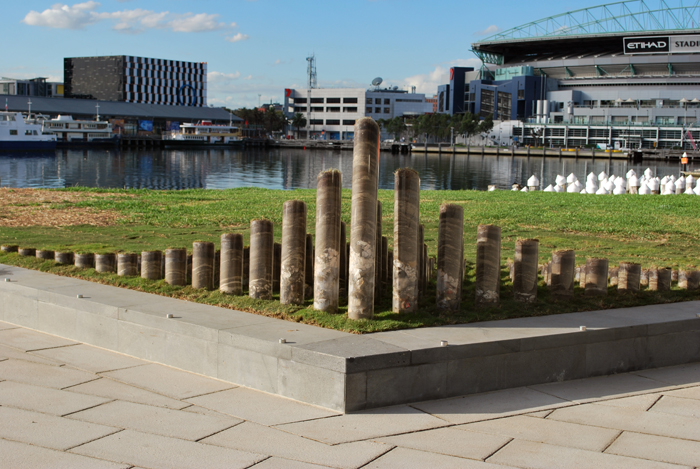 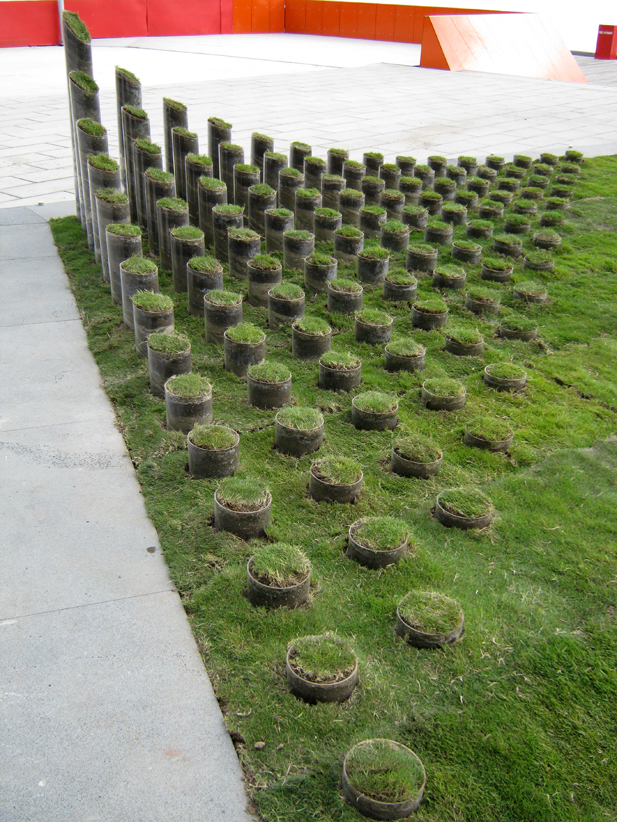 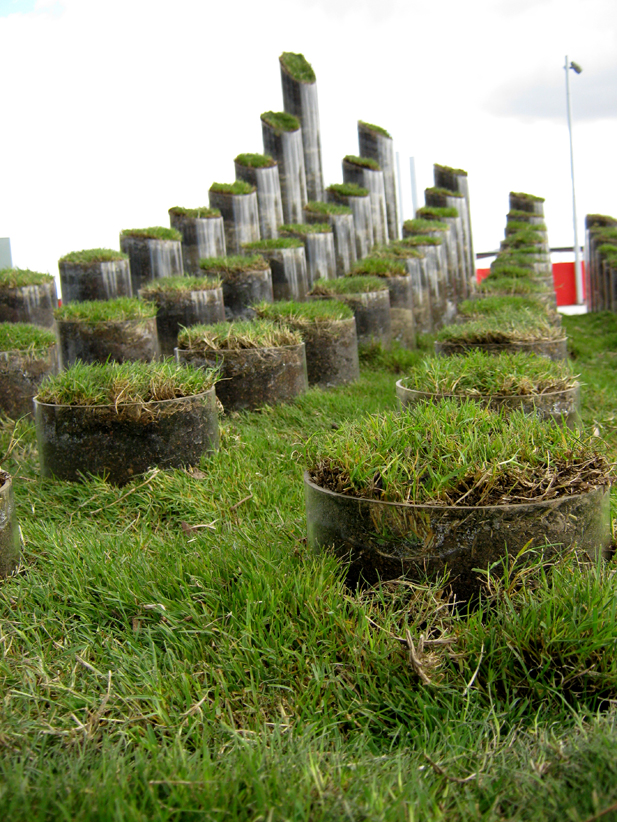 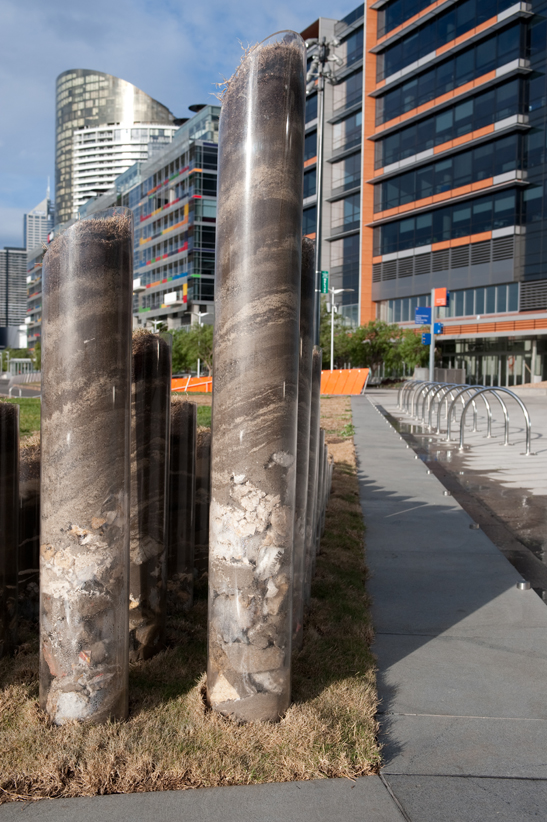 This work was selected to be part of the Victoria Harbour Young Artist Initiative in 2009. It was installed for six weeks in Melbourne’s Docklands along side work by eight other sculpture students. Participating artists include Marie Schoemaker and Veronica Cust, Emma Waheed, Madeline Sharrock, Natalie Holloway, Aaron Cooper and Ben Taranto, Hamish Munro and Will Heathcote.

One of the most striking aspects of the Melbourne’s docklands is that it exists not only as a testiment to urban expansion, but also a tribute to an ethic of masking or covering unsavoury aspects of any given residencial or comercial space. This definition is not only re-enforced by the area’s generic architectural landmarks and urban planning, but also the new and minimal nature of the grounds. At once it is apparent that this area is covered in a very recent and premature surface. A skin which wraps and covers a formidable geological resource, rich in signifiers of cultural and industrial histories as well as the general residue of contemporary urban life. This work aims to rearticulate this skin and present samples of the vastness of the area’s subterranean reality.